“I drove 9 hours from Ljubljana to Krakow, from Slovenia, through Austria, Slovakia, Hungary and then into Poland.  I travelled through five countries and I was stopped at no border.  We are now a Europe without borders.  Are we European theological ethicists without borders?

His words were at once challenging and welcoming.  For many years European Catholic theological ethicists met in their own countries or within their own language group, but last year the leaders of Catholic Theological Ethics in the World Church (CTEWC at http://www.catholicethics.com) invited a small representative group of ethicists from across Europe to Berlin to discuss the possibility of reaching beyond the normal and of deepening and strengthening a connection among ethicists in both Eastern and Western Europe.

CTEWC is a growing network of over 1000 Catholic theological ethicists around the world that aims to support and sustain connections among ethicists, especially those in the global south.

In Eastern Europe there are usually only a few theological ethicists in any particular country.  We know for instance of only one in Bosnia Herzegovina, one in Latvia, 3 in Slovenia, etc.  Many are isolated and getting connected is what many Eastern Europeans want from CTEWC.  Still, Poland has at least 150 Catholic theological ethicists, who rarely look to get connected to other Eastern or Western Europeans.  But the same came be said of the French, the Germans, or the Italians.

In Berlin, Globokar and a leading Polish ethicist, Konrad Glombik suggested that we host a meeting in Krakow.  We invited 15 ethicists from Poland, 15 from the rest of Eastern Europe and 15 from Western Europe.  We had three panels: contemporary challenges from each regional perspective; strategies for sustaining the development of values; and entertaining the possibility of changing moral norms.  Each panel had a speaker known from one of the three regions.  Each panel also had a fourth person, members from the Planning Committee of CTEWC who each served as a respondent from beyond Europe.

The participants came from Ukraine, Croatia, Hungary, Poland, Germany, France, Italy, Slovenia, Slovakia, Bosnia, Czech Republic, Spain, England, Belgium, Scotland, together with respondents from Puerto Rico, Hong Kong, US, and Kenya.   The meeting was not only a success for the one Bosnian, the one Hungarian, the one Slovenian and the one Slovakian.  It was a success for all the Europeans who realized that in a global world, we need to pay more attention to communication than to borders.  And for the rest of us, in marked another indication that CTEWC is moving in the right direction.

Pictured above are the panel on changing norms: Mroczkowski from Poland, Clague from Scotland, Globokar from Slovenia, Kovacs from Hungary and Davila from Puerto Rico. 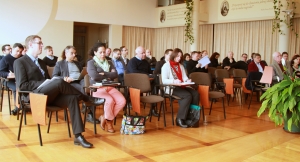 About the Author: institutas 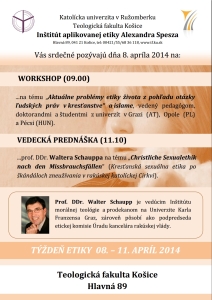